Bringing to life some of the most entertaining and neglected areas of music from the early 20th Century.

The Late Victorian Era to early 1920s is one of the most significant periods in the development of music, when the styles exploded through the medium of sound recording. Poineering the authentic performance movement of this musical epoch: Matt Redman leads The Versatility Serenaders.

Bringing to life many of these records and musical scores in live performance; some for the first time since they were recorded a century ago and some that enjoy time honoured popularity. A novel ensemble that showcases its virtuoso members' ability to play a large number of instruments in a variety of genres; pays tribute in authentic performance to popular and art music of the day and creatively combines styles that co-existed but were never heard together.

They convivialy engage and regale their audience with a journey through songs in English, French, German, Spanish and Italian and instrumentals from Tin Pan Alley, the Music Hall, The Great War, Cakewalk, Hawaiian, Waltzes, Ballads, Ragtime, Chorinho and other South American styles, Ethnic/Folk, Blues and through to the first strains of Jazz and Dance Band Era popular music: freewheeling and unabashed at times, poignant, sophisticated and intricate at others playing music from the Edwardian recording studio and parlour to concert hall and dance hall.

As well as making arrangements of antique sheet music, The Versatility Serenaders’ repertoire is also uniquely sourced by transcribing early commercial recordings. (Credit must be given here to that wonderful online resource, the Library of Congress's National Jukebox). Part of the growing market for the gramophone were folk music records of the European and Asian Diaspora recently arrived in the U.S.A., whilst they also feature hits of song writers in the West based upon a purely imagined idea of what life and the people were like in faraway places!

Pre-jazz and nostalgia specialist Patricia Hammond is featured vocalist with her mellifluous, pure tones and vivid characterisations. Her idiomatic English, French, Italian, German and Spanish complement The Versatility Serenaders as they entertain in a style that has previously only been heard in scratchy, rare wax cylinders and 78 rpm records.

Recently Matt and Patricia performed on BBC Radio 3's In Tune with Sean Rafferty and discussed the authentic performance and arrangement of this era of popular music from sheet music and recorded sources. Patricia was featured in 'The Sound of Song' with Neil Brand on BBC Four recreating a 1913 Edison Tone Test, and also demonstrating the creation of a 1904 cylinder recording.

The CD 'Songs of The Great War' is an exploration of Matt’s versatility as an arranger and performer and is a culmination of years of Patricia’s sheet music collecting, reconstructive period performance, and is a project kindly supported by Ian Rosenblatt. You can listen to a samples and buy the CD format and digital downloads by visiting my discography).

The Versatility Serenaders are currently planning to release their new album and will create a promotional/information film describing their rare ensemble in the near future! 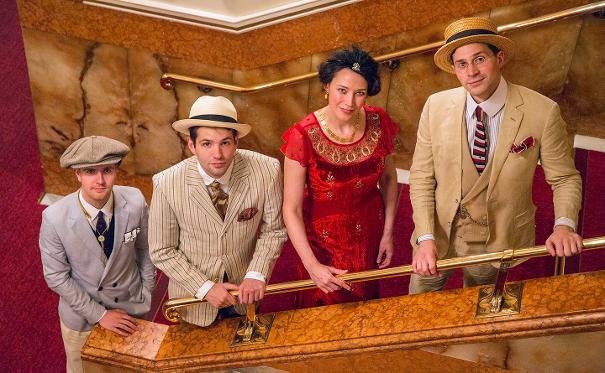